Never having had a dog all my adult life, I really wasn’t prepared for little Bob’s arrival, a three month old black pug with a small, wrinkled face and enormous, liquid black eyes that followed me like a radar no matter where I went.

Bob and I were thrown into each other’s company inadvertently. For some reason, it was always my approval he sought every time he chewed the leaves of my precious money plant or gobbled the accidently fallen homeopathic pills. Not realising that as a strategy, it was completely wrong. As I tried to be angry with him, he would wag his tightly curled up tail and absorb the attention I was showering on him with glee.

He was determined to change my indifferent attitude toward him by nudging me to play, every time I settled down with my book, another wrong move.. When I looked down at him with annoyance, there he would be, quivering with excitement, making sudden movements to coax me to get off my cosy chair and frolic with him..his energy level at an all time high compared to my waning one!

Very used to painting alone in my studio, at first, I resented his desire to be there as well, sniffing appreciatively at the smell of turpentine and linseed oil in the air, licking watercolour off the floor with great gusto. We had constant run-ins and if I chose to leave him behind, he would whimper softly and look at me through the picture window, eyes moist and hurt at this betrayal. No matter how long I worked, I found him exactly where I left him, excited to have me back, his small body swaying in elation, all sorrow that I had caused him, forgotten and forgiven.

Slowly and patiently he broke down my defences. When I was ill, he wouldn’t leave my bedside. His food had to be brought right there, where he could see me. He would bring his special snacks of bone to me and leave them near my bed as a motivation for me to get better.

Where earlier he would cry at not being allowed into the bathroom, now I find him waiting patiently by the door. He accompanies me all round the house, an eager witness to all the instructions that need to be given in order to run a home. His little feet move furiously to keep pace with mine and echo my movement uncannily. I move, he moves, I stop, he stops. Making me think of the genius who came up with the line,’whereever you go our network follows..!’

Against my will, he has ingratiated himself into my heart. I even take him out for drives and show him the world that exists beyond his home. My heart breaks though, when a child points out to him and yells excitedly, “Look mom, a black pig!” seeing the shocked look on my face the mother corrects her child, ”It’s a pug dear a black pug, a dog not a pig” I feel myself relaxing as a wrong is righted. Bob looks at me happily, I have stood up for him.

He is a permanent fixture at the studio now. He looks at me with quiet approval as I take risks with my art. Barks dutifully when he hears a new male voice on the stereo and all hell breaks loose if I change to the radio. The constant chatter and giggles of the RJ drive him mad, as they do me. We have some things in common, after all…

What started as a tenuous relationship, has settled into a happy companionship two years down the line. I am still the centre of his universe and in the daily living of life, despite the blunders I make, he is still my biggest fan!

All Said and Done 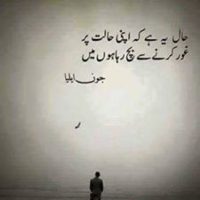 A collection of stories from different journeys.